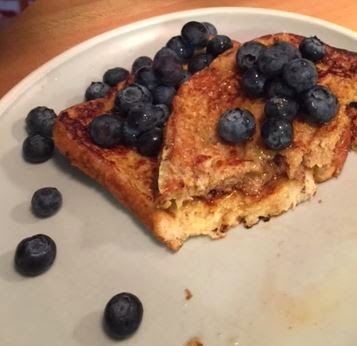 You guys who know me know I'm not a zealot, right? I'm like the opposite of that. Live and let live. Variety is the spice. To each his, well, you know.

But the more I embrace the idea behind "clean eating," the more trouble I have with the way food comes to us. Economics and science together have created a default in which compromised food is cheaper, more available, and easier to store than whole food, and nowhere is this more apparent than in grain products.

I won't get into boxed cereals and snack foods, because, we all know they're loaded with sugar and preservatives, but something I looked into the other day has me all riled up. As though I'm a zealot! Which I'm not. I promise. Well, maybe I am. Here's the scoop:

Fresh bread, homemade bread, is amazing, right? But if you don't eat it right away, it'll sprout mold. Within a half-week, you'll need to toss it. Let's face facts, it's just not realistic for today's busy household to make bread twice a week. So, what's the next best thing? 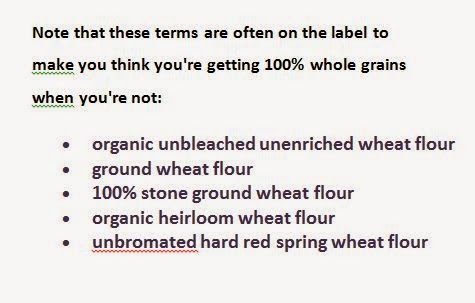 In the Pacific Northwest, I'd say Dave's Killer Bread (which comes in several varieties) is probably your best bet. Or visit a bakery with a reputation for good, preservative-free bread. But, more than likely, if you have kids, they want that soft bread that makes excellent cinnamon sugar toast or PB&J sandwiches. Why do you think it's so soft? Some tricky whitening potentially asthma-causing chemical called azodicarbonamide. It's a dough conditioner that, in addition to whitening and softening the bread, helps the machinery run smoothly at the bread factory, and the loaf last forever on the grocery store or pantry shelf.

Oh, and here's another fun thing that's been okayed by the FDA. DATEM, otherwise known as Diacetyl Tartaric Acid Esters of Monoglycerides. Yet another dough conditioner - this one helps bread look prettier. More uniform.  A 2002 study  on rats showed DATEM to cause "heart muscle fibrosis and adrenal overgrowth."

There are other nasty preservatives in bread, too. Here's a link to the full article from the blog of one of my most trusted sources, Fooducate. 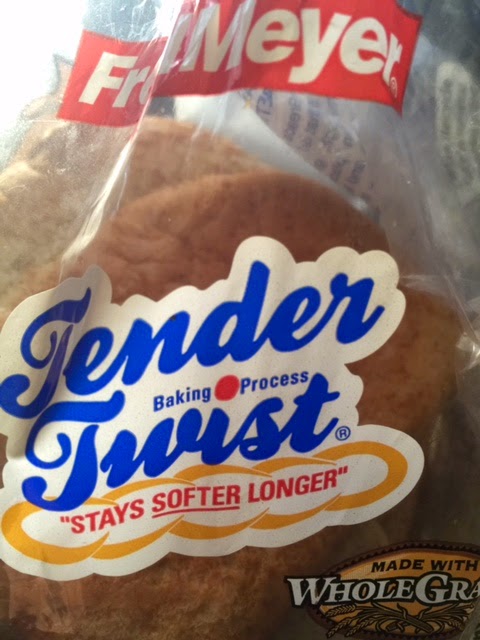 I had Carson read the article before breakfast this morning. "How about French Toast?" I said. I pulled out a loaf of his favorite store brand bread with a special sticker on the front claiming the bread was made using a baking process called "Tender Twist" - while also claiming to be made using whole grains. (the ingredients panel is shown below). I also offered him the one non-heel slice of Dave's Powerseed that we had left. It felt somewhat stale. He sniffed them as though he was a sommelier. 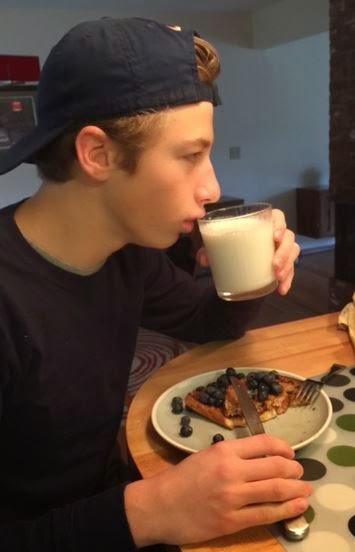 Once the bread was dipped in an egg-and-milk batter, sprinkled with cinnamon and drizzled with maple syrup (the real kind), and dotted with blueberries, he said he couldn't tell the difference taste-wise, and gobbled them both up. So I asked him if he would be willing to do without the azodicarbonamide-laden bread with the flour that had been taken apart and put back together again (that's what the term "enriched" means, btw), and he agreed to try it for a month. Looks like we'll be sampling our way through Dave's selection.

Any label war stories out there? What lies bring out the zealot in you?