Tuesday night I fly East to Buffalo and Canada for ten days of family/vacation/regrouping and connecting. I'm not bringing my laptop. I'll have the iPhone along, but only plan on using it for the weather and the foreign exchange rates.

There might be a little detox crabby restlessness that goes along with the prying my keyboard from my cold, dead hands, but, having done this for a week last August, I do see the benefits in, as a colleague puts it, sharpening the saw.

A client of mine (who shoots me far more daily emails than any other person, but who doesn't engage in social media) shared the actual hard copy of this terrific article by one of my favorite satirists, Gary Shteyngart. In the article, Shteyngart chronicles the ways in which his life changed upon signing up for his smart phone: "'This right here,' said the curly-haired, 20-something Apple Store glam-nerd who sold me my latest iPhone, 'is the most important purchase you will ever make in your life,'" he whines. Then, goes on to recall, "He looked at me, trying to gauge whether the holiness of this moment had registered as he passed me the Eucharist with two firm, unblemished hands.

So starts Shteyngart's adventure in the world of diverted attention. NYC disappears, overnight, and is replaced by all things global via his pocket-sized computer. His addiction leads him to long to dry out in the barless pockets of upstate NY, where he will partake in a data fast, and reengage with actual books by dead authors.

So, friends, I too will be pilgramming to the hinterlands for some cyber-relief. Off the grid, disconnected, and free to process experience without the lens of predigested information.
Posted by Unknown at 6:11 PM 1 comment: 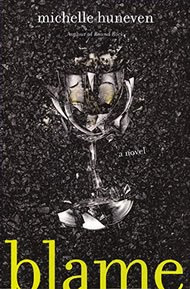 Summer incites the edges of possibility. When I was very young, daydreams overtook, responding, perhaps, to the heat. Following Thermodynamic Law. If wishes were horses than beggars would ride. Everything either was or could be mine. Days stretched and lapped boredom. Summer was a lifetime.

Late adolescence, early adulthood boys and booze--those summers possibility courted excitement. I got into my share of trouble.

So now, wedged into potentially inert middle-age, where blockbusters, beach reads and food that hovers around poison (deep fried onions dipped in blue cheese dressing? Really?) begin to vie for a spot on the calendar, I turn to the rascal inside me. That sunlit muse; that mercurial sprite. And how it comes, when it comes, is as instinct for paradigm subversion. Because I'm pretty broke this summer, all my trouble needs to be free, and luckily, our library system is one of the best, if not the best, in the country.

Finally, I worked my way up the holds queue and it's my turn for Blame.

I'm three-quarters through it and I'm making myself put it down, lest I plummet too quickly in post-good-read-depression. What makes this book so damn good, you ask? At the risk of being hopelessly derivative, I'm with Brigitte Frase, whose LA Times review called Huneven's prose "elegant" while suggesting that even better than elegant prose is aesthetic pleasure. The delicate, unsentimental perp-walk along moral ambiguity, unapologetic nakedness and the darkest of the shadow of humanity has me so engaged, I'm nearly paralyzed. Which is the other side of summer: the promise of unending sloth. Dog days, they're called, but I think of them more as cat days. Willful suspension of brain activity in favor of wonder and magic.

Huneven's book blows everything out of the water. You must read it.
Posted by Unknown at 12:34 PM 1 comment:

My sister-in-law, Lisa Walker, died on July 2. This time last year, unless you were privy to microscopic changes in her body, she was the picture of health. The week of Christmas, six months ago, she learned that a nagging pain under her rib cage was not a gall bladder problem.

It's too soon for me to write about this in detail. Down the road I certainly plan to, but for now, I'm in that hazy grief-fog, just trying to remember why it is again that I went to the grocery store? What have we run out of? Where did I park the car?

I ambled down the book shelf at the newsstand, picking up, rejecting. I briefly considered a book of Sudoku puzzles for the disabled. A similar book of crosswords. And then, there she was, Elizabeth. The pillar--the icon--of a woman pummeled. Repeatedly. Name a shitty thing, and Elizabeth Edwards has suffered it. A suddenly dead child. Breast cancer that won't go away. A lying, cheating fuckwad of a husband. Intrusive media. A vicious, attention-seeking mistress who got herself knocked up. I expected the book to suck, of course. Churned out memoirs of the famously shafted typically are.

Resilience not only does not suck, it's fantastic. Rather than being driven by solipsistic rants and martyr-infused sentimentality, this little memoir, I hope, will find itself amid other thought-provoking, poetic, honest books, like Gift from the Sea. Or even, dare I say it, Auster's The Invention of Solitude.

Having just spent hours watching a beloved relative die an untimely death; her agonal breathing still embossed in my brain, her husband's weeping, her children, my children, her parents, her best friends, coming to grips with a loss as big or bigger than any they had suffered previously, Resilience was the only book I could have attended. It is not written from the distance of safety; it's penned in the midst of devastation and unprocessed grief, and yet, it's coherent, lovely, full of the sort of wisdom that only comes from asking questions, and following a depth of inquiry that leads to a sort of celebration. I'm alive, still, kept being the message.

So God bless Elizabeth. Say what you will about celebrity memoirs and bids for attention, Resilience is an important book.
Posted by Unknown at 8:41 AM 1 comment: