on the street where I live 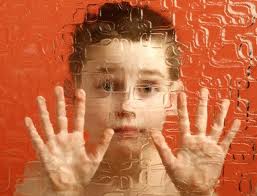 So this morning started with one of the autistic kids from the group home around the corner frantically ringing the doorbell at 6:45. Kirk opened the door, expecting some sort of emergency, and in dashed this six-year old, making a bee-line for the bathroom where he proceeded to flush the toilet repeatedly.

I threw on some clothes and went off into the bizarre Phoenix-like heat of early morning and soon found the frantic caregiver wandering the street. The boy, he told me, had jumped out the window. "He's obsessed with toilets," he said.

This is the third time the kid has found his way into our house, the little escape artist. WTF? Why us? What's the intrigue? Is our toilet giving off secret signals?

Autism is such an interesting and baffling condition. What goes on in there, in those brains? Neural pathways mapping a discordant world where obsessions and compulsions and savant behaviors become hardwired to the exclusion of social construct. The boy in our house this morning had crapped his pants, probably a connection to the flushing toilet. The brain and the body making its causal circuit.

The day, from that point forward, took on a sort of depressing pallor. I kept revisiting the image of the boy being hoisted over the shoulder of his caregiver as they descended our steps, his body gone limp as a sack of rice. What will become of these kids in that group home? Where will they go once they're too large to be hauled back to base? What sort of therapy are these kids given? Are they the babies of crack moms? Are they simply too much for their parents to handle?

My own boys, my girl, somehow they grew to normal size and development, in my womb and then in the world. Their chromosomes all correctly numbered. Their neural pathways wired toward function. My youngest boy, sometimes he ticks me off because he leaves his cereal bowl in the family room. His dirty socks on the floor. I have excellent, thriving, productive kids and step-kids and a loving husband. Blessings beyond measure. I should volunteer. I should give my time and heart to those less fortunate. I should learn about autism and lend a hand over at that group home full of kids who crap their pants and flush toilets and jump out windows.

When confronted with uncomfortable, unfortunate circumstance, do you ever feel guilty because you're not doing more?
Posted by Suzy Vitello at 11:37 PM

Email ThisBlogThis!Share to TwitterShare to FacebookShare to Pinterest
Labels: autism