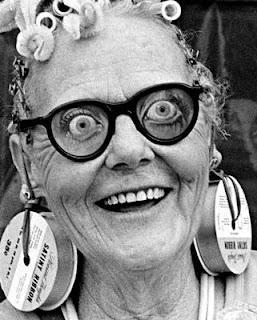 As soon as the Christmas Tree lots pop up, this mixture of emotions and anxiety hits me like Santa's sleigh. The Martha in me pans my dark, unfestive living room, photo-shopping in trees, candles, holly, swags. Joy swells for a brief moment, before being immediately knocked down by lists.

So complete is this Pavlovian response to the holidays that often when I'm stressed, I find myself humming Christmas tunes. This phenomenon is true regardless the time of year. Frosty the Snowman has been known to accompany preparations for a July BBQ.

Retail is on steroids for the next six weeks. Catalogs, free-standing newspaper inserts, e-blasts, charity drives, kid demands, eggnog lattes--they all compete in this jangle of frantic energy sending me into daily Grinch mode. What about art? What about writing? Give me more coffee. I need my glass of merlot. Happy hour!

Oddly wrong that the month of excess corresponds to less daylight. Shouldn't we all be sleeping this month? Getting up each morning with our candles, tip-toeing into the kitchen to boil water for herbal tea? Meditating on what is sacred. Kissing our children and lovers. Making soup. Writing (yes, by hand) old fashioned holiday wishes, thoughtfully and particularly rendered to the special people in our lives?

It does start with intention, doesn't it?

Part of my job as a marketing specialist is to create the call-to-action behind the impulse buy. To use the season's effluence to manipulative, cunning advantage. I love my clients, but--I am loath to play that game. Why not give customers poetry instead? Why not evoke real joy? Alas, I am torn.

So, here is my advent compromise. Each day in December, I will set out to post something here that speaks to intention, love, or art. My guidelines are authenticity and inquiry. And I promise not to be drinking whiskey (or coffee) while doing it.

What are your advent traditions?

photo credit: Orin Zebest.
Posted by Suzy Vitello at 10:30 AM No comments:

The Thanksgiving Dinner countdown has begun, and like many modern families, we're blended. Which means we get to do this more than once.

Kirk and I have five kids all together--including two with partners. Counting siblings, significant others and close friends, we need something on par with a Google algorithm to figure out possible holiday dining combinations. So, being welcome to excess in all of its permutations, today we hosted a sort of Fakesgiving potluck. Most of the kids were here, and a few of their pets, too.

Now, bear in mind that many of our kids are embracing restrictive diets of one sort or another. Vegan, gluten-free, food sensitivities. And then there's the elders who like to stick to low-glycemic fare. Some of us enjoy our meat. Others are fine with whatever, as long as the wine is flowing. I'm proud to say that our table was replete with foods from all of the new-fangled food groups. Bring on the soy-sausage! Enjoy the wheat-and-dairy-free eggplant "parm." Want pureed cauliflower in lieu of mashed potatoes? No problem!

Pass the vegan gluten-free brownies! Pour me some of that 2007 Willamette Valley Pinot Noir! Anyone for brined organic turkey? For the Chihuahuas we even had soy-, wheat-, and corn-free treats. And for those allergic to Chihuahuas we had Benedryl.

And after everyone was satisfied and plump, we sent them packing with leftovers. On my stove now is the carcass, melting like a Wizard of Oz witch into a pot of simmering water, carrots and celery.

Kirk and I will be heading over the mountains and through the river on Wednesday for the Thanksgiving part 2, to bunk down with a group of friends who like to start each morning with a good breakfast porter and a side of bacon.

How about you? How many 2011 Thanksgiving Dinners in your future?
Posted by Suzy Vitello at 9:19 PM 6 comments:

On the heels of last night's at-home movie fail I trotted myself downtown for a make-up matinee, and the timing worked out perfectly for Drake Doremus's Homeland Security-Interruptus Love Story, "Like Crazy."

The movie is a boy-meets-girl sort of a deal with a post-911 swerve and a terrifically innovative narrative arc. I won't spoil the ending, but the film left me feeling hungry and satisfied at the same time, which is really my favorite way to feel after two hours in the dark with strangers. Really.

As a student of Happily-Ever-After, both in my work and in life, this story offered an authentic glimpse at a seldom-studied aspect of that oft-wielded cliche: the soul mate. Framed in modern times but sprinkled with age-old romance stuff: male ego, quest for self, individuation versus taking one for the team, etc, the movie delivered a unique and quietly uncomfortable snapshot of the many layers involved in living in today's multi-faceted world. Plus, Anton Yelchin and Felicity Jones are well-cast and adorable as the young lovers fraught with pond-hopping troubles.

The masses can have the Hollywood blockbusters, but for my $8.50, I'll take art.
Posted by Suzy Vitello at 3:45 PM 5 comments:

So tonight, the husband and I are going to hunker down in our "viewing room" aka "the tweener stink pit" and watch a shitty movie.

Why not a Fellini flick, or some socially responsible doc or even some erudite British film? I mean, c'mon, we live in Portland, replete with art house movie theaters and whatnot, but instead of thought-provoking, creative, smart cinema options, we will crank back the vintage La-Z-Boys and watch the Depp-Jolie flop that has been called, "the thriller with no thrills."

Why? Because, dear friends, marriages often stalls out at the impasse known as the "what are you in the mood to watch" moment. I'm headed for some obscure, dark nihilist Indie flick, and the husband is in the mood for deadpan boy humor. So we grab a couple of dvds off of the shelf and do the "hide behind the back pick one" thing, and somehow we end up with "The Tourist."

We're gonna give it a shot, this little experiment. I'll let you know how it turns out. Maybe the critics will be totally wrong, ioho, and we'll be all, "that was the best fucking movie ever!" But probably not.

for your viewing pleasure

MLS versus NFL. The pictures tell the story, yes?

So on the one hand, I'm thrilled that fairy tales are once again the hit parade in pop culture. And that it's obvious to fairy-tale tv location scouts that the Pacific Northwest is the perfect place (outside of the Black Forest) in which to film a series based on the characters conjured in the Brothers Grimm.

But I have to admit, I'm not 100% sold on this new series, and I'm trying to figure out why. Let's start with the elements that are working well IMHO:

Nice special effects--the shape-shifting faces that only the "insiders" can see.
Setting--as previously mentioned: towering firs, ferns, gingerbready houses--the lush, dark environs surrounding our fair city.
Conceit--here's where I'm a little less convinced, but on the whole, I think it's pretty clever to evoke a sort of "ancestry" wherein a descendant of the Brothers Grimm is faced with saving the world from the descendants of the monsters in the fairy tales. I even really like the "Big Bad Wolf" storyline, featuring the reformed (or recovering) villain, played by Silas Mitchell--who promises to be an ongoing comedy-relief aspect of the show.

But what annoys me about the series (and TV generally) comes down to, well, the writing. Our hero, Nick (David Giuntoli), is, well, to be blunt, kind of a pussy. Now, Giuntoli is sorta cute in that Ken doll way, and for younger gals he probably even holds a little sex appeal, but with lines like last night's deathbed: "You can't die, you're all I have," I can't help but say, Really? That's all you got?

By all accounts though, it seems that fairy tales are this year's tv viewer obsession (have not yet watched ABC's Once Upon a Time, but I'd better get on the stick!). And having just completed my own fairy tale book, I'd be foolish to be anything other than thrilled.
Posted by Suzy Vitello at 11:44 AM No comments:

Today is that very auspicious 11/1/11 day. It is also the opening bell of this year's NaNoWriMo. I just wanted to give a shout out to all my buddies who have pledged to write their hearts out this month--and I am visualizing the fantastic stories that are not yet written, but will be in 30 days. It really is an amazing thing, the idea of writing a novel in a month, and I continue to be humbled by those who strap on the boots and the "just do it" attitude.

It's been a couple of years since I participated, and the 23K words I churned out never did not really qualify as "a novel," but the resulting vision and intention and discipline (not to mention the sore ass and shoulders) all contributed to the scaffolding needed to propel me ever-forward in my efforts as a writer.

Last year at this time I finished the first draft of "The Empress Chronicles." Since then, it's been revised three times, and I am now nearly finished with yet another revision (this one based on some fantastic insights by editors). With each version, the book has become cleaner, stronger and more alive inside of me. I don't regret any of the 150,000 words I've written, rewritten and, at last, have boiled down to 60,000.

The secret of NaNoWriMo is that when you're looking down the barrel of it: a blank slate, with nothing but faith and the muse to get you to the finish line, you don't allow December 1 to enter into the picture. First drafts are deliciously free (or they should be) from anything other than the next word. The magic happens when something you seemingly had nothing to do with crystalizes into its own thing.

So, all you WriMos out there, get your Advil ready. Drink plenty of fluids. World-build 'till your heart's content. I'm eager to hear your story.
Posted by Suzy Vitello at 9:33 AM No comments: