the egg and I 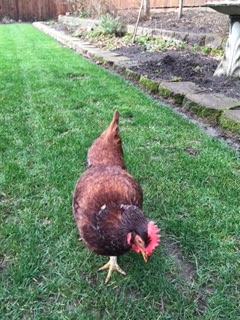 This morning, we officially became former backyard chicken keepers. For the past four-and-a-half years we've had a variety of chicks, pullets and hens, and in some seasons we were fully-stocked in nature's most perfect food.

Say what you want about cholesterol, but the balance of protein (7 grams, high-quality), fat (of the 5 grams in an egg, only 1.6 grams is saturated), and disease-fighting nutrients like lutein and zeaxanthin shown to reduce age-related eye issues (macular degeneration) have caused the medical poobahs to reverse their stance on egg as enemy.

Plus, the choline in eggs is brain food; i.e. thought to help keep memory problems at bay.

I loved my chickens. Particularly the only one left after four-and-a-half years that wasn't killed by Ruby or a faulty nervous system. We sent our "production red," Chelsea, off to her retirement home today, in the back of a Waldorf family-owned trailer, along with her coop, food, etc... And, as if psychic, she left us with a farewell egg (after not laying for two months). Carson just made French toast with it, this very last egg from the Boundary Street back yard. 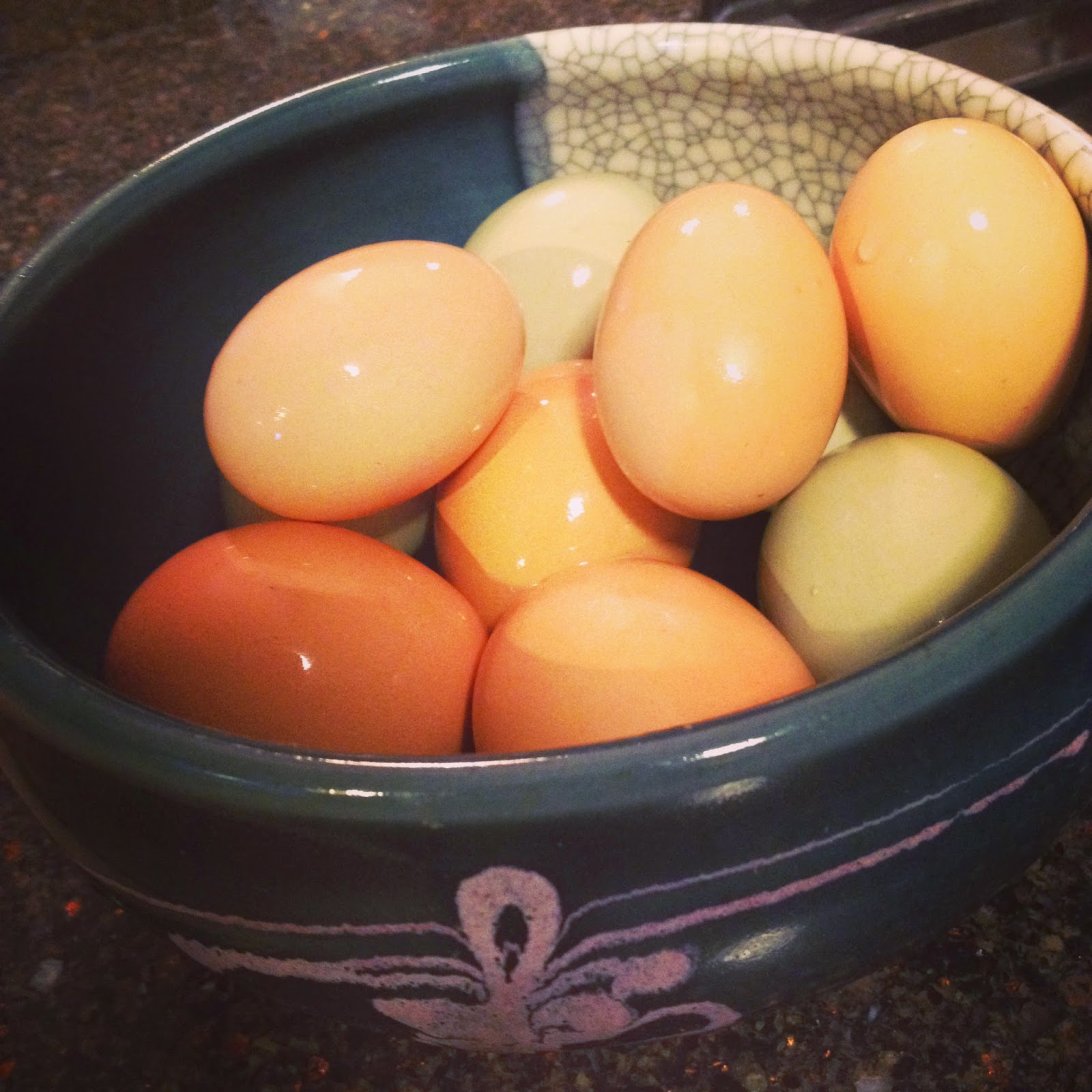 It's bittersweet, this decision to give up on urban chicken farming. The dog, travel plans, the attraction that raccoons and rats have to all the stuff of chickens - all of these considerations weighed in on our choice to fly the coop.

This is the second time I had a stint at chicken-raising - the first time I actually lived on a farm, so it seemed more natural to keep chickens. It's unlikely that I'll ever be moved to give it another go, and that makes me sad. It's kind of like a reverse bucket list: things I'll never do again. Some sort of admission of mortality.

But enough of that maudlin crap.

This post is in honor of chickens everywhere. For their valiant service, their industry, their embodiment and demonstration of every chicken aphorism known to the world. Long may you cackle. Forever may you lay.

Omelettes, anyone?
Posted by Suzy Vitello at 12:04 PM