Ask my husband, he'll tell you that I'm scary competitive. I hate losing. I'm strategic to the point of ridiculous with the games.

Tonight we played Smart Ass at a dinner party in teams of three. Then we switched to Scattegories. My team won Smart Ass, and I won a round of Scattegories and I was quite self-satisfied. 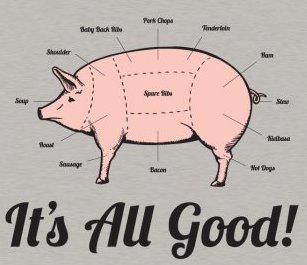 I hate losing. I really, really do. I've grown out of throwing hissy fits, but I still simmer angrily when the cards or dice don't fall my way. I'm a big, fat baby.

While I was at this dinner party, my 12-year-old was playing an indoor soccer game. He called me up to give me the blow-by-blow. It was one of those tied up until the last 10 seconds and he scored the winning goal deals. As it should be. Forever and ever amen.Winning concretized by dramatic example.

So what is it about winning? It's so completely unpermanent. It's like, okay, you got the most, the highest the best score, but tomorrow, you'll wake up and start all over. Square one. Chutes and ladders. Groundhog's Day. Sucker. Or is winning more of a cumulative thing?

I remember the semester I decided to be an anthropology major as an undergrad. I took this Indian survey class, and I learned that Hopi children only win when they all reach the finish line at the same time. Really? How fucked up is that? But at the time, I was an idealistic 20-year-old and I thought that was terrific. There are more important things than being first, I believed.

Now, I think the idea of winning is a little more complex. Outside of a parlor game, winning--being first--is more about how you feel at the end of the day. For me it has to do with how closely my day matched the template I created that morning. You know the drill: lists, priorities, tasks, goals. I "win" if I feel like I accomplished what I set out to do. I "lose" if I got derailed.

Lots of people live their lives making it up as they go along. I used to do that. In fact, I think my basic temperament has that tendency as a default. But years of living with someone whose life was one derail after another had me switching tracks in order to prevent a complete collapse of our basic existence. I'd say my deal these days is about setting an intention, and then allowing for the various miracles and human exchanges to bend that intention.The process relies heavily on intuition. I make a lot of mistakes. Denial sometimes enjoys too wide a berth with that policy, but all in all, I've managed to win more days than not following that paradigm, so I'm not planning on giving it up anytime soon.

I am curious though, about how others see the idea of "winning" in a granular, daily sort of way. Anybody?
Posted by Suzy Vitello at 11:15 PM