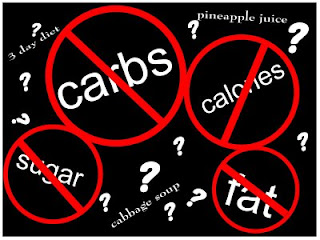 I'm more than halfway through. I have eight more days, to be exact. I'm already fantasizing the perfect post-cleanse first meal (like the Last Supper, but in reverse). Bagels and lox will be involved.

I've learned a bunch of crap about myself during this process, but the number one thing I learned? I have a facility for shortcuts. Okay, I'm lazy. If I have one fabulous talent, it's figuring out how to crawl really close to the edge of not doing something but still do it. If I were a Nike tagline I'd be, "Just fudge it."

Thank God I live in Portland, is all I have to say. The land of myriad health food stores, gluten-free start-ups, carts that serve raw food. I discovered a frozen bread yesterday that's made from rice flour and sunflower oil and sea salt. A salad dressing that's olive oil and organic blueberries and balsamic vinegar. A cafe with non-soy vegan soup. But still, I'm cleaning out the juicer, chopping the fennel, and soaking the raw cashews. In filtered water. For two hours.

Ok, the deets since last we spoke. Still the same on the tmi front. Mucus and other bodily unpleasantries continue to diminish. I feel lighter. I am lighter (7 or 8 pounds). And I no longer have the caffeine withdrawal headaches. And about four days ago my energy came back. Finally! Oh, and my blood pressure went down 10 diastolic points (and 20 systolic). I'm now "normal." Yay!

But I miss eating like a normal person. There, I said it. I miss stuffing chocolate in my face, sipping an espresso tinged with brown sugar, the chili-cheese fries at Meadows after a morning on the slopes. And don't get me started on how much I miss cocktails!

Okay, do get me started, because I need to confess my one big, fat "off the wagon" moment last Friday.

I had a glass of cabernet. One glass. And I stretched it out for 45 minutes, lingering in its warmth and embrace like a starved sailor does a whore. I noted all those hifalutin descriptors on fancy bottles of wine: crisp, earthy, fleshy, varietal, herbaceous, oaky, nervy, mid-palate, peak.

All was well until I started eyeing my son's hamburger. And his potato chips. And his Shirley Temple.

And the next morning I felt like total shit. Bloaty, head-achy, lardassy, all of that. I punished myself by cramming an entire bundle of lacinato kale down the juicer chute, and following it with a chaser of bok choy.

Yes, I know. This sounds very eating disorderish. I admit, I wonder about the psychological jostling that occurs with "cleanses" generally. Viewing most Western food as poison. The eschewing of this, that and the other. My husband keeps asking what I'm going to continue to avoid once I'm "clean." Probably dairy, if I had to pick one thing (there goes the bagel/lox thing, 'cause I'm not spreading hummus on it). I'll try to limit coffee. Less booze. Less bread. Less bacon. I've developed a fondness for fennel. I'm way more into carrots than ever before. But please, don't take away my chocolate on a permanent basis. I think a life without chocolate would be like walking around in a burlap sack.

Any of you have fucked up fad diet stories to share? Or even successful fad diet ones?
Posted by Suzy Vitello at 10:20 AM