sit your ass down and write season 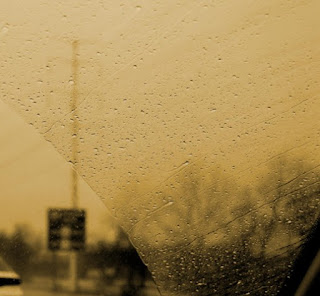 The rain has arrived. Like a reverse groundhog's proclamation, the serious pile up of storms on the Doppler radar has announced six more months of the same.

Not that I'm bitching.

In the 23 years I've lived in Portland, I can't remember such a fantastic lingering sun spell. No rain since the beginning of July. Tomatoes that rival New Jersey August-grown ones. Umbrellas clenched like fists. Car windows left open all night (shit, that reminds me...). Enough, already.

Fitting that weather would change with the onset of Wordstock. Rain is writing weather, after all. Gone is the stray, "let's go bang a couple balls around the court" notion. It's curl up in front of the fire with a stack of books. With your notes. With your big, big ideas for the next book.

It's here. Yes it is. Whatcha gonna write?
Posted by Suzy Vitello at 11:26 AM

Email ThisBlogThis!Share to TwitterShare to FacebookShare to Pinterest
Labels: wordstock, writing in the rain