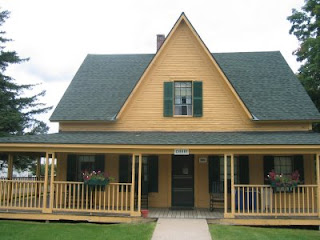 First, let me just say that Lynn Freed's workshop was phenomenal. I could not have had a more productive experience, both in terms of message and delivery. She embodies, I believe, the notion that when the student is ready, the teacher comes. Each and every one of us needed to hear advice, and all took it with enthusiasm and grace.

The dictate to "Trust the Reader" rang clearest. We all had too much explaining and exposition in our manuscripts. Even though I've been schooled against overly descriptive language, redundancy and authorial voice, my pages still contained plenty. Having fresh, discerning eyes peruse the pages with hatchet in hand helped me more than I can say.

Get rid of the loudspeaker. Move characters into scene. Banish the subjunctive. As soon, said Lynn's pencil on my page, as you find yourself sinking into the subjunctive for more than a sentence, stop and consider sinking it below the water line.

Of greatest use was the affirmation that the voice of the novel is fetching, that the characters are compelling, and that the setting is well drawn.

As for the rest of the conference: I liked it well enough. Admittedly, I did not attend as many lectures or classes as I should have, and perhaps I didn't mingle as much as I could have. I tended to stick to a merry little band of like-minded souls, with whom I talked shop.

I did get to have an illuminating conversation with Charlie Baxter though. During his reading I had an epiphany about my novel. And like many of my epiphanies, it vanished because I failed to write it down. I wanted to bring back this aha moment, so I sought him out during yesterday's lawn cocktails. Now, you have to know first of all how difficult this was for me. Baxter is one of my heroes. I go foggy-headed just trying to think about how to approach a guy like that. (I made a total ass of myself with Toni Nelson earlier in the week, and I certainly didn't want to repeat that!)

Anyway, I blathered some introductory word salad at first, but managed to gather myself enough to sort out the basis for the conversation. I mentioned what I thought he was trying to do in his story, and then told him what I was trying to do in mine, and we had one of those cool narrative distance chats, and he delivered the suggestion that I look at a Auster's Invention of Solitude, which I immediately Amazoned. Spot on that it starts in a third person musing and by paragraph two, the narrator is on the page. How he pulled that book out of the air for me after just a thirty second description of my opening chapter is a huge reason why Bread Loaf is worth the price of admission.