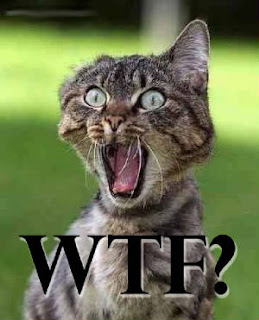 If you're a modern-type, and by modern I mean you e-mail more than you fax, you probably have been scratching your head lately about the choices in communicating via phone, Internet, skype and VoIP. And for entertainment, should you continue with cable? Try dish or direct tv? Watch everything via your computer screen? Or should you just Netflix what you want, or download it via youtube or iTunes or whatever else comes out of the digital birth canal?

Ah, the choices. All this G stuff. iphones are 3G, wi-fi is 4G. It's all so confusing, eh? As are the consolidation/bundle/cancel options.

My husband and I are still in the throes of merge, and discussions on what to consolidate, what to keep separate, what to banish entirely fill the allotted pragmatic plate. A few weeks ago we pondered the latest "bundle" offer from Comcast. $114.95 for basic cable, land line and Internet. Since I was currently paying Comcast $120 for just Internet and tv, I thought that by eliminating Qwest and Sprint, we'd be saving $80, so I called for a disconnect and had my brand new husband call for installation under the new service price.

Of course, I knew it wouldn't be that simple.

So the installer shows up on appointed day (after a snafu which included an inadvertent cancellation of my cancellation, thus generating a new invoice, leading me to suspect that I'd be paying double for the next month) and right away, he pronounces amazement and surprise when I query him about the wireless component to the order. "Wireless," says he. "Ain't gat no order for wireless. Don't even have a modem with me in the truck."

"No problem, I have the modem and the router already."

"Oh, well, this here is a differnt type of hook-up. They'd charge you an additional $100 for the wireless hook up."

"What hook up?" I vehemently protested. "It's already hooked up. All you have to do is hook up the phone."

So, with the impatient installer standing in the doorway, I dialed up Comcast on my iphone (dialed isn't right with the iphone, I know. We need to invent some new phone-calling verbs. For now, let's say smeared. I smeared my fingers over the screen), and after the queue of mirrors, was told I was shit out of luck. I'd have to reschedule my hook up, and my installation would be $100 instead of $45, and then there was a sur-charge for this and a tax on that. I hung up the iphone. No, make that tapped END CALL, or whatever it says in that red rectangle.

Long story short, I decided, Who the hell needs a zillion sports channels and a landline that seems to serve only to usher forth phone calls from solicitors? All I really need is Internet. Fast, furious, Internet.

Luckily, Portland is a test market for a great new Wi-Max service (4G) called clear. They have mobile Internet, home Internet and phone services all compartmentalized with gradient pricing. After a little investigation, I found out that I could get exactly what I needed for $35 a month (and five of that is modem rental). The best part was, I simply took the modem out of the box, plugged it in, and voila!

If you live in the Portland area and you're sick of Qwest and/or Comcast and their big box bullshit, call my guy, Simon Benz: (503) 875-4709. Or email him at simonbenz@clear.net . He'll come to your house with the goods and determine whether your location is in the clear zone, and hook you up! Tell him Suzy Soule sent you :)
Posted by Suzy Vitello at 2:39 PM