an interview with averil dean


Besides being the last day of 2013, today is calendar-worthy for another reason. Averil Dean's novel, ALICE CLOSE YOUR EYES is officially out, and the author is throwing a big on line party (as befits a spectacular debut born on New Year's Eve). The reviews are coming in fast and furiously:

"Dean pens a haunting, intense novel that is at once psychologically compelling and emotionally unsettling. Taut pacing and skilled storytelling support a breathtaking plot and characters that are heartbreaking and horrifying yet somehow still accessible and sympathetic. With troubling psychological and sexual violence, this book is not for the faint of heart. It's scorching, disturbing, and tragic but well-crafted and impressively written." – Kirkus

Not only is Dean a critically-acclaimed writer, she's a wonderful, insightful, funny artist, and I'm thrilled that she agreed to an interview here on Let's Talk About Writing. Here's what she has to say about her book and characters, while giving us a "behind the scenes" look at writing and publishing a sexy thriller that is also "well-crafted and impressively written."

So, Harlequin Mira is a romance imprint, no? ALICE, being a psychological thriller, doesn’t exactly conjure heaving bodices and “closed door” sex. Tell us about your first conversations with your publisher, and how you and your agent decided Mira would be a good fit for your novel. 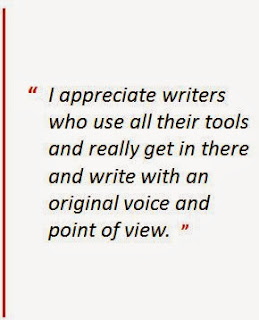 I’ll admit I had the same reaction to the name Harlequin. I thought they only did romance. And it’s true that romance is still the biggest part of the house, but the MIRA imprint is a bit more diverse. Their list includes relationship novels like The In-Between Hour by Barbara Claypole White, literary stuff like Teatime for the Firefly by Shona Patel and The Returned by Jason Mott, as well as sexy thrillers by Heather Graham and erotica by Megan Hart.

The thing that mattered most to me in finding a publisher was that we attract the sort of editor who understood what I was trying to do with Alice Close Your Eyes. My agent, Jeff Kleinman, and I felt strongly that the book was not erotica, so we hoped to find an editor who agreed and would present the book in-house as a psychological thriller. Michelle Meade turned out to be the perfect person for the job. She pushed for the title change and the graphic cover, which have made a huge difference in the way it’s being perceived by readers. And she never told me to lighten up. Another big deal when you’ve got your arms around a dark little book like Alice.

You know, I’ve never understood the divide between literary fiction and everything else. So much of what I’ve read recently is cross-genre, with a compelling story and characters but also beautiful, evocative language. I’m thinking of books like Gone Girl and The Fault in Our Stars, The Age of Miracles, Little Bee, The Silent Wife, etc. Those are the books that resonate with me, because they each contain elements that used to be confined to a particular genre.

Readers want that sort of thing. At least, this one does. Lately I’ve found myself dissatisfied with books that focus too much on one element over the others; I don’t get immersed in those stories the way I used to. I appreciate writers who use all their tools and really get in there and write with an original voice and point of view. To me, that’s the future of fiction.

Whether there’s a crossover readership for Alice remains to be seen. I will only say that I took my best whack at it and I didn’t leave any tools in the box. (Puns delightfully coincidental. They rise up everywhere when you write about sex.)

ALICE is one of the sexiest books I’ve read. Not just the sex in it per se, but the unflinching look at the dark side of sexual obsession. Where did that come from?

Damned if I know. Part of it, I suppose, was residual momentum from writing about sex in the first place. It took a lot of nerve to get to a place where I could accept my own desire to explore this sort of thing, but once there I found I’d given myself permission to write almost anything: violence, abuse, mental instability, suicide. Writing about sex broke my cherry for every manner of writerly inhibition, and from that point on I found it all much easier.

I also felt safe in writing Alice’s story because it’s coming from her first-person point of view, in present tense. That made it much easier to present the story as she experienced it. It wasn’t about me, it was about Alice and what she saw and felt. Whenever I wondered whether I’d pushed too far, I could stop and ask myself whether what I was writing was true for Alice. Would she say this or that, would Jack say it? If the answer was yes, I forged ahead. 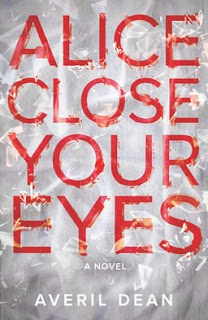 I wrote it out of wishful thinking! I could say that the setting came about because of the kind of book I was writing, that I needed a dark setting and an island to satisfy a metaphor, all of which is true, but mainly I set it on Vashon Island to please myself. I was depressed as hell in Vegas and could not wait to move. I figured if I was going to spend all this time in my head, I might as well imagine myself into a more interesting setting.

My family and I went to Vashon, by the way, after the book had gone to print. Some of the locations were as I imagined them, but others were far wide of the mark. You can’t see Seattle from the ferry, for instance—a point of land obscures the view. And the town is much prettier than I wrote it, more upscale. But I nailed the coffee house, so my portrayal wasn’t a total loss.


Alice’s backstory is heartbreaking. Did you begin writing this novel with an inkling of her history or did that develop as you worked through the arc of the story?

I always knew she had a fucked-up childhood, but it wasn’t until my editor started asking questions that the backstory came to light. I wanted to be careful to build a history for Alice that felt authentic and didn’t excuse her behavior so much as explain it. I created the characters of Verity and Michael and Molly to bring some of her past into sharp relief and let the reader form her own opinions about how Alice’s childhood may have influenced her present.

Tell us what you can (non-spoiler stuff) about Molly. Such an intriguing character!    Molly seems much more of a character than a foil. Will she ever get her own book?

Oh, Molly, the little albino. Alice describes her childhood friend as “fantastically ugly…with long white hair that trailed over her shoulders in two lumpy braids, and boiled blue eyes that flashed a rabbity pink when the light shone in from the side.” Molly is a thief, a changeling—a product, like Alice, of the Seattle foster care system. I had serious qualms while writing Molly, but I felt she was the character who could most poignantly carry the themes of the book. Every character has trouble seeing every other, though never with such literal consequences as there are for Molly. (Always with the ham-handed metaphors. Subtlety is not my strong point.)

Molly won’t get a starring role in her own book, though I’m toying with the idea of bringing her into my next story, again as a friend of the protagonist. She’s pretty hard to resist.


In the thriller genre, the way the author handles misdirection and reveal is critical to that “oh my god!” moment. I just finished reading Abbott’s DARE ME, and she, like you, paces her reveals so well! You make it look easy, Averil. I’ve heard it said that when a “shocker” ending works, the reader must feel both “I didn’t see it coming,” and “I knew it all along.” Was your ending an aha! moment, or something you knew going in that you tip-toed toward as you wrote?

A little of both. I knew I was writing toward some big confrontations, but I wasn’t sure how they would all come about. I would say there were several aha! moments along the way, in which I thought, Oh, of course. This is why the story needs to go there. I felt that each character was on his own trajectory, so the task for me was in getting their paths to converge. I’m a little fuzzy on how that happened, to be honest, but I remember feeling intensely relieved when it did.

You signed a two-book contract, you clever girl! What’s the next book about and when can we devour it?

The working title is Blackbird. It’s a triple murder told in reverse, beginning with the implosion of an intense love triangle and working back through the characters’ tangled relationships to discover where it all went wrong. Structurally it’s more mystery than thriller, so I’m riding a learning curve with that. If I can wrangle the manuscript into shape, we’ll see it on bookshelves in January 2015.

Okay folks, are you teased to no return yet? Here's a link to purchase, or hop on down to your favorite bookseller for your very own Alice.

Happy New Year!
Posted by Suzy Vitello at 9:22 AM