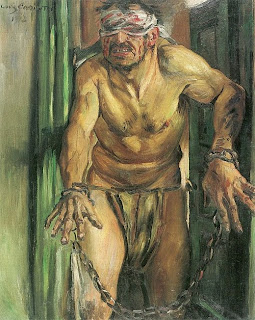 My dear friend, Laura, always sends out this poem on Ash Wednesday. And I always read it, Catholic that I am, with a new take-away.

Because I know that time is always time
And place is always and only place
And what is actual is actual only for one time
And only for one place
I rejoice that things are as they are and
I renounce the blessèd face
And renounce the voice
Because I cannot hope to turn again
Consequently I rejoice, having to construct something
Upon which to rejoice

And pray to God to have mercy upon us
And pray that I may forget
These matters that with myself I too much discuss
Too much explain
Because I do not hope to turn again
Let these words answer
For what is done, not to be done again
May the judgement not be too heavy upon us

Because these wings are no longer wings to fly
But merely vans to beat the air
The air which is now thoroughly small and dry
Smaller and dryer than the will
Teach us to care and not to care Teach us to sit still.


II
Lady, three white leopards sat under a juniper-tree
In the cool of the day, having fed to sateity
On my legs my heart my liver and that which had been
contained
In the hollow round of my skull. And God said
Shall these bones live? shall these
Bones live? And that which had been contained
In the bones (which were already dry) said chirping:
Because of the goodness of this Lady
And because of her loveliness, and because
She honours the Virgin in meditation,
We shine with brightness. And I who am here dissembled
Proffer my deeds to oblivion, and my love
To the posterity of the desert and the fruit of the gourd.
It is this which recovers
My guts the strings of my eyes and the indigestible portions
Which the leopards reject. The Lady is withdrawn
In a white gown, to contemplation, in a white gown.
Let the whiteness of bones atone to forgetfulness.
There is no life in them. As I am forgotten
And would be forgotten, so I would forget
Thus devoted, concentrated in purpose. And God said
Prophesy to the wind, to the wind only for only
The wind will listen. And the bones sang chirping
With the burden of the grasshopper, saying

Lady of silences
Calm and distressed
Torn and most whole
Rose of memory
Rose of forgetfulness
Exhausted and life-giving
Worried reposeful
The single Rose
Is now the Garden
Where all loves end
Terminate torment
Of love unsatisfied
The greater torment
Of love satisfied
End of the endless
Journey to no end
Conclusion of all that
Is inconclusible
Speech without word and
Word of no speech
Grace to the Mother
For the Garden
Where all love ends.

Under a juniper-tree the bones sang, scattered and shining
We are glad to be scattered, we did little good to each
other,
Under a tree in the cool of day, with the blessing of sand,
Forgetting themselves and each other, united
In the quiet of the desert. This is the land which ye
Shall divide by lot. And neither division nor unity
Matters. This is the land. We have our inheritance.

At the first turning of the second stair
I turned and saw below
The same shape twisted on the banister
Under the vapour in the fetid air
Struggling with the devil of the stairs who wears
The deceitul face of hope and of despair.

At the second turning of the second stair
I left them twisting, turning below;
There were no more faces and the stair was dark,
Damp, jaggèd, like an old man's mouth drivelling, beyond
repair,
Or the toothed gullet of an agèd shark.

At the first turning of the third stair
Was a slotted window bellied like the figs's fruit
And beyond the hawthorn blossom and a pasture scene
The broadbacked figure drest in blue and green
Enchanted the maytime with an antique flute.
Blown hair is sweet, brown hair over the mouth blown,
Lilac and brown hair;
Distraction, music of the flute, stops and steps of the mind
over the third stair,
Fading, fading; strength beyond hope and despair
Climbing the third stair.

but speak the word only.

IV
Who walked between the violet and the violet
Who walked between
The various ranks of varied green
Going in white and blue, in Mary's colour,
Talking of trivial things
In ignorance and knowledge of eternal dolour
Who moved among the others as they walked,
Who then made strong the fountains and made fresh the springs

Made cool the dry rock and made firm the sand
In blue of larkspur, blue of Mary's colour,
Sovegna vos

Here are the years that walk between, bearing
Away the fiddles and the flutes, restoring
One who moves in the time between sleep and waking, wearing

White light folded, sheathing about her, folded.
The new years walk, restoring
Through a bright cloud of tears, the years, restoring
With a new verse the ancient rhyme. Redeem
The time. Redeem
The unread vision in the higher dream
While jewelled unicorns draw by the gilded hearse.

The silent sister veiled in white and blue
Between the yews, behind the garden god,
Whose flute is breathless, bent her head and signed but spoke
no word

But the fountain sprang up and the bird sang down
Redeem the time, redeem the dream
The token of the word unheard, unspoken

Till the wind shake a thousand whispers from the yew

And after this our exile


V
If the lost word is lost, if the spent word is spent
If the unheard, unspoken
Word is unspoken, unheard;
Still is the unspoken word, the Word unheard,
The Word without a word, the Word within
The world and for the world;
And the light shone in darkness and
Against the Word the unstilled world still whirled
About the centre of the silent Word.

O my people, what have I done unto thee.

Where shall the word be found, where will the word
Resound? Not here, there is not enough silence
Not on the sea or on the islands, not
On the mainland, in the desert or the rain land,
For those who walk in darkness
Both in the day time and in the night time
The right time and the right place are not here
No place of grace for those who avoid the face
No time to rejoice for those who walk among noise and deny
the voice

Will the veiled sister pray for
Those who walk in darkness, who chose thee and oppose thee,
Those who are torn on the horn between season and season,
time and time, between
Hour and hour, word and word, power and power, those who wait
In darkness? Will the veiled sister pray
For children at the gate
Who will not go away and cannot pray:
Pray for those who chose and oppose

O my people, what have I done unto thee.

Will the veiled sister between the slender
Yew trees pray for those who offend her
And are terrified and cannot surrender
And affirm before the world and deny between the rocks
In the last desert before the last blue rocks
The desert in the garden the garden in the desert
Of drouth, spitting from the mouth the withered apple-seed.

Wavering between the profit and the loss
In this brief transit where the dreams cross
The dreamcrossed twilight between birth and dying
(Bless me father) though I do not wish to wish these things
From the wide window towards the granite shore
The white sails still fly seaward, seaward flying
Unbroken wings

This is the time of tension between dying and birth
The place of solitude where three dreams cross
Between blue rocks
But when the voices shaken from the yew-tree drift away
Let the other yew be shaken and reply.

And let my cry come unto Thee.
Posted by Suzy Vitello at 6:56 AM