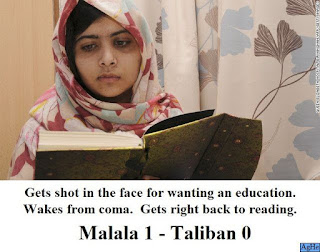 Just back from a particularly sweaty walk in my West Portland neighborhood. I often go on these make-it-up-as-I-go-along quests when I'm feeling the metal edges of the hamster wheel too acutely.

This was a five-miler, lots of up and down, and at the end, as I turned up my street, I ran into a neighbor lady out on her own sojourn. A woman who I'd just heard was recovering from breast cancer. She looked lovely in her white knit cap and scarf. Alive, the way only a scrape with cancer can propel a person into aliveness. She was taking a little post-chemo constitutional, and I flagged her down.

Her son is a year ahead of mine in school, so we chatted about freshman year and the local high school and the things that are most important to 14-yr-old boys.

Ah, life. The seasons, the trajectory, the misfires and mayhem. You just never know, right? One day you're thinking you should give that gluten free diet another chance, or hm, maybe go somewhere warm for spring break. The quotidian, "Gee, what should I make for supper." Next day your husband gets hit by a trolley. Which leads me to my little cardio-epiphany on today's slog.

It had to do with God. Really, apropos of nothing, after cresting a particular muddy hill clotted with wet leaves, the idea of God as a writer of the Big Narrative crystallized. What if God was writing a book, and the default for this book was to have each character follow his or her well-worn arc in service to the grand trope. Behave in ways that were consistent with the narrative, because God is under contract to produce a certain type of book. Thinking some more about this, the oft-spoke term "Let go and let God" came to mind, and I had a visceral reaction to it. A roiling rejection of the notion that a person should break their particular stranglehold on something and let the chips fall where they may, as opposed to, say, giving God a little smack. A little, "WTF, Dude (sorry, God will always be a dude in my mind), I'm not down with the plan."

Did I just swear at God? *Turns around to see if a lightning bolt is on its way through the window*

Heresy aside, what if, instead of believing in a power greater than oneself as the platitude offers, people began to embrace the highest power--the God--inside themselves.What if people were encouraged to stray from the prescribed path in service to their own narrative?

That's when Malala came to mind. Malala, the current face of courage and rebellion. The girl who, with everything stacked against her, continues to write her own narrative, embracing that fire within, bucking the tide.

I was thinking that how the long-sufferers of the world, those chronically complaining that the wrong people keep coming into their lives, and that their jobs suck, and that they can't get no, hey, hey, hey, that those folks are often the ones who invoke God's will when it comes to dealing with their chronic misfortunes. What if those people took the pen from God's hand, just once, and revised the section of the narrative in which they get fucked over, yet again. (Writers know about this. We hear our characters staging revolts all the time. On the page for me today, in fact, my character smacked me upside the head and declared, I'm not doing that. Thus the need for the walk.)

But in terms of staring down the alpha--having the hubris, the audacity, to grow the balls to make the scary decisions, to Malala your way to your dream come-what-may, I'm for it.

What would you be willing to throw away for the dream?

Email ThisBlogThis!Share to TwitterShare to FacebookShare to Pinterest
Labels: malala, writing your own narrative