hail to the chief 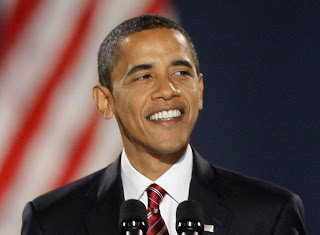 I'm wanting to savor today, relish in the optimism that comes from good news, a long-awaited change, and a deep-felt feeling that the people of this country are thinkers, hopers and doers.

I'm not a black-white person, by nature. I don't think in terms of evil and good, right and wrong, or any absolutes, really. Instead, I'm a believer in balance. In Thermodynamic Law. In the innate ability of critical mass to seek survival as opposed to death. Therefore, I'm not surprised Obama won. It was inevitable, because if he didn't, we'd be looking at the spiral towards extinction, and I don't think we're ready for that yet. We're still too young, and we haven't moved into wisdom yet. We haven't accepted, as a species, mortality. And until we do, we're not ready to be obliterated from the planet.

The sum-total of Bush's past two administrations has been the ultimate cautionary tale. From them, we've wiggled out a dark horse, the closest thing our culture has produced as a political prophet since Kennedy. But Obama is no Kennedy. JFK, despite his visionary tendencies and articulateness, was reckless, emotionally immature the victim of an Uber-eager family. I don't see any of that in our President-elect. I did worry, for a time, that he was too green, and that his readiness would best be leveraged four years from now--but given the McCain--Palin debacle, I see that I was being ridiculous.

Our new president will be a thoughtful, careful leader. A role model the likes of which we've NEVER had in office, not in my lifetime (except for Jimmy Carter, maybe, but he was charismatically challenged).

I am exhaling and watching and hoping and happy.